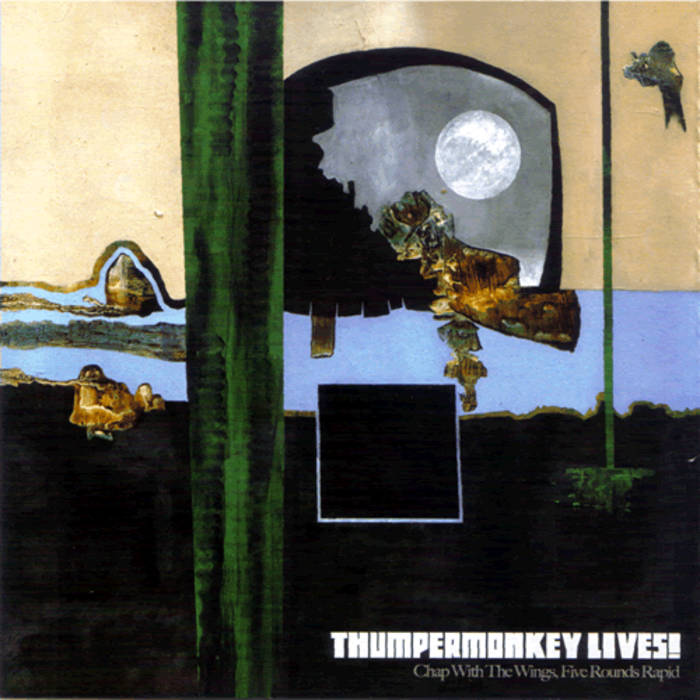 Contrast the name of the band, the album and the song titles and you’d be forgiven for feeling confused. But hold on to your handles, wait til you hear the thing!

Initial track "When This Record is Played on Mars, Humanity Will Have Ascended to the Godhead" is over before you’ve read the title. It features a slow electronic beat, washed with vocal harmonies and synth squeaks and burbles. Interesting start, then.

Next move, "Tzizimime" reminds me of Peter Hammill and is none the worse for it. Diversity follows: "Not the Motorcycle Diaries" is shoutier Grant Lee Buffalo; "A Loving Mother" begins its journey with a tirade from Bedlam, meets up with Rolf’s Stylophone, and gets finally mugged and strangled by someone’s guitar strings… which leads neatly into the plaintive, lush chords of "Doughboy", a track culminating in a lot of bashing a la early Black Sabbath. Is the title a tribute to Ozzy?

"Don’t Wake Me" - great harmonies and prominent bass; "Memory Fat" - David Bowie meets Napalm Death (really! – very English); "Melissa Leaves the Wrong Kind of Audit Trail" should be avoided by anyone with a hangover or an aversion to revved engines. The final track "My Debt to Scientology" features a delicate piano figure that wouldn’t be out of place on a late night jazz station, a soundtrack for wandering the dripping halls of a Bladerunner apartment block.

"Sounds like a bunch of fuckin’ loons dickin’ about" says a passing woman. "Yay!" says I: "Yay for the fuckin’ loons!" Obscure, and not a little deranged; a startling sonic collage, musically accomplished, and in a little decoupage box that they pasted up all on their own. Well worth buying.

[Ed's note: "Decoupage" is decorating a surface by lacquering over cut-outs - it says so in my dictionary. References to other bands include Melvins, Adam and the Ants and 10cc, sounds good to me